Pat formed this new band with most of the members from "The Mercenaries", a former Rock Group that he had. They were well known in the Music Industry in Hollywood, playing together for over four years. They had been the House Band for Gazarie's, a Night Club on the Sunset Strip, for a long time and had played numerous gigs in all the various Rock Venues around town.

This new band "Sterick Fontaine and the Shock Troops" was a more extensive endeavor, going from four members to nine, with Pat on Vocals, Harmonica and Lead Guitar, his old Bass Guitar Player and Drummer, and adding a String section of Violin, Cello, and Stand Up Bass. Pat finished this troupe by adding three Gospel back up Singers. Together they created an amazing sound and Stage Performance. Before long they were booking gigs in Night Clubs around town and soon creating a large following and Music Industry interest. In time they went on to Produce two Rock Video's. I was engaged in designing the attire for the band members for both Stage and Film.

I am sharing some of the photo's I have from my time working with the band and some of the designs I created for them. Subsequently I was cast in one of the Video's, called "Throw Down". I had a lot of fun designing for them and being in my first Rock Video. There were literally more people than I can count involved in these two Productions, they took months of work just coordinating the production end, not to mention the filming involved creating this type of Art.

Both of these Video's were extravagant and took an amazing amount of work and people to do everything from finding Locations, Scripting the Production, Choreographing the Scenes and filming them. Models, Actors, Extras, Hair and Makeup Artists were hired. I had assistants helping me with the wardrobe. A full Crew was essential, working with the Director, Cameraman and Choreographer. It took approximately a year to Produce, Film, Edit and have these Video's ready for Distribution. They came out great and it was an amazing experience to be a part of.

Pictures From Both Rock Video's Below

Michele Nardone began formal training as a Violinist at an early age. Her professional studies also included the Viola, Piano and Conducting at The University of Southern California where she received her Bachelor of Music degree in performance, graduating from the Dean's List with numerous scholarship awards in Performance with emphasis in Pedagogy. She also toured with the Teatro Dell'Opera di Roma (The Rome Opera) and The Spoleto Music Festival in Italy. Michele was invited to be the Musical Director of The Ron Reagan, Jr. TV Show on Fox Network. Michele records weekly for millions of viewers world wide. Michele currently records weekly for the Simpson's, Family Guy, American Dad and Futurama.

Michele was the Violinist in Pat O'Brien's Band " Sterik Fontaine & The Shock Troops". As it turned out, through our friendship and previous experience working together, she asked me to created her wardrobe Designs when she became the Musical Director and Violinist for the "House Band" on the Ron Reagan, Jr. TV Show. This was a syndicated late-night talk show which aired nightly and she needed an extensive wardrobe for the duration of the Show.

Michele is a dark haired Swedish/Italian beauty, almost six feet tall, elegant, slender and quite graceful. Michele went on to do Modeling for me over the years. Her photo's appear on other pages of this website. 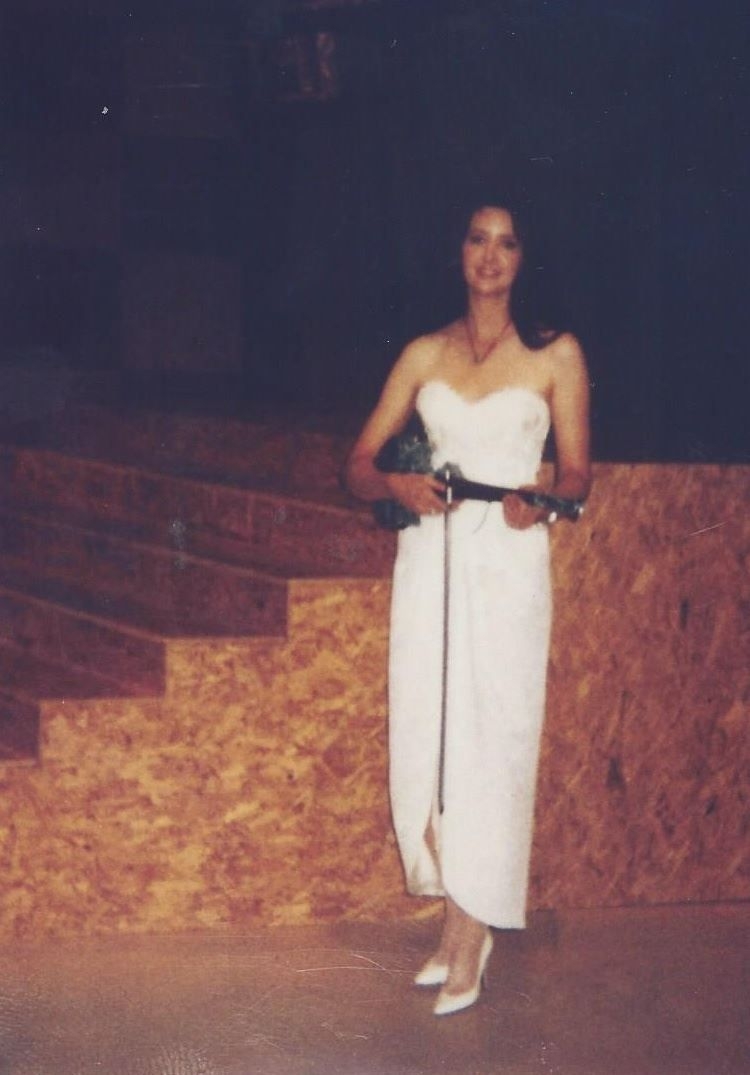 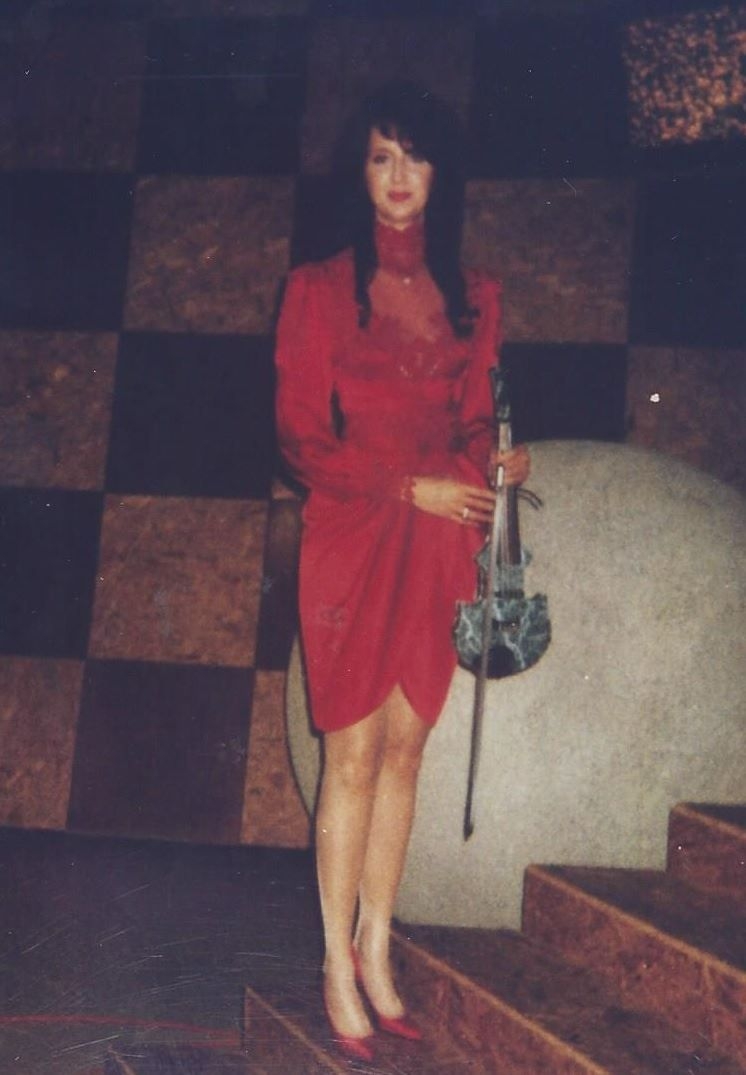 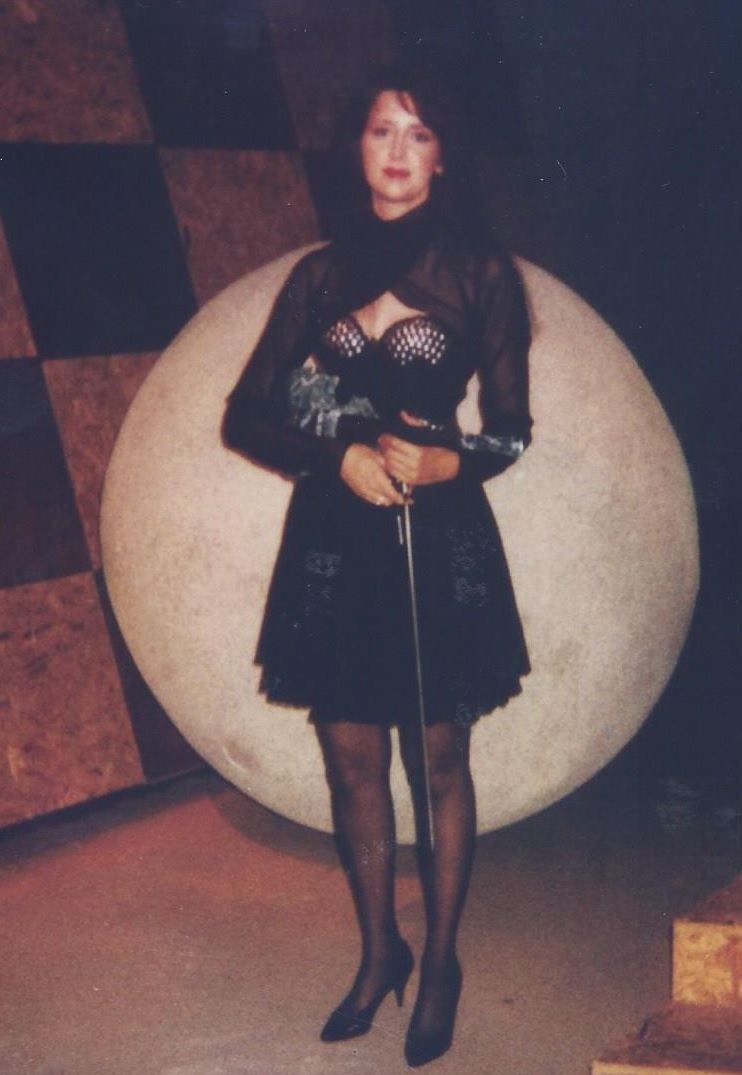 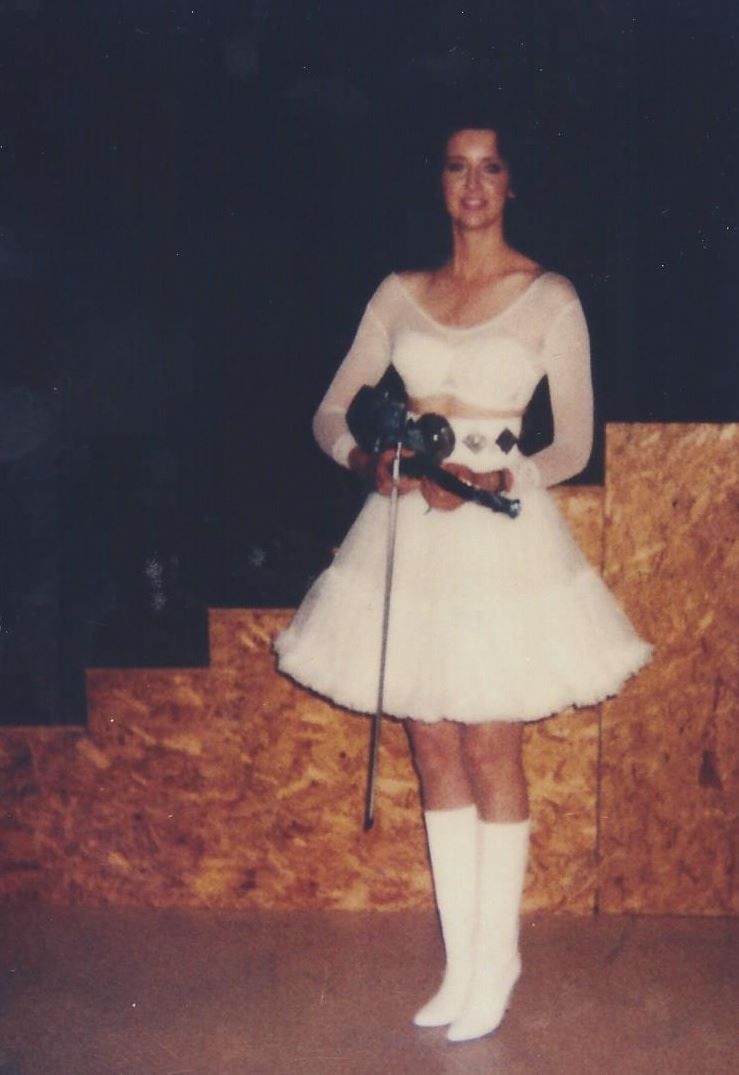 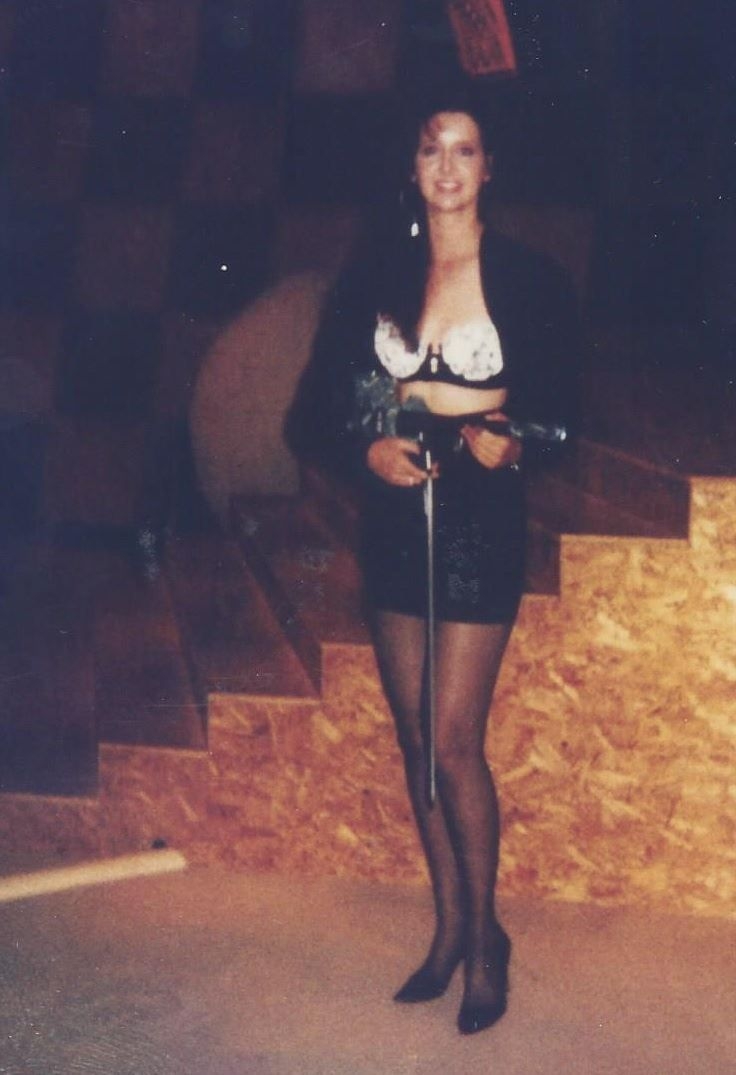 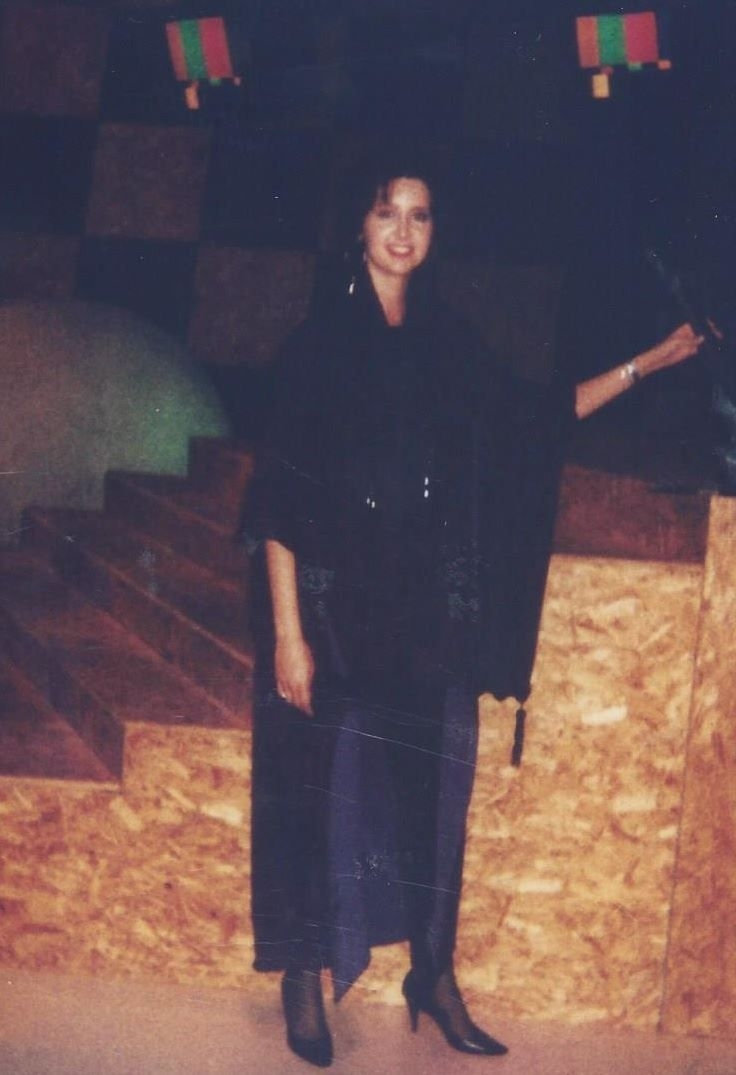 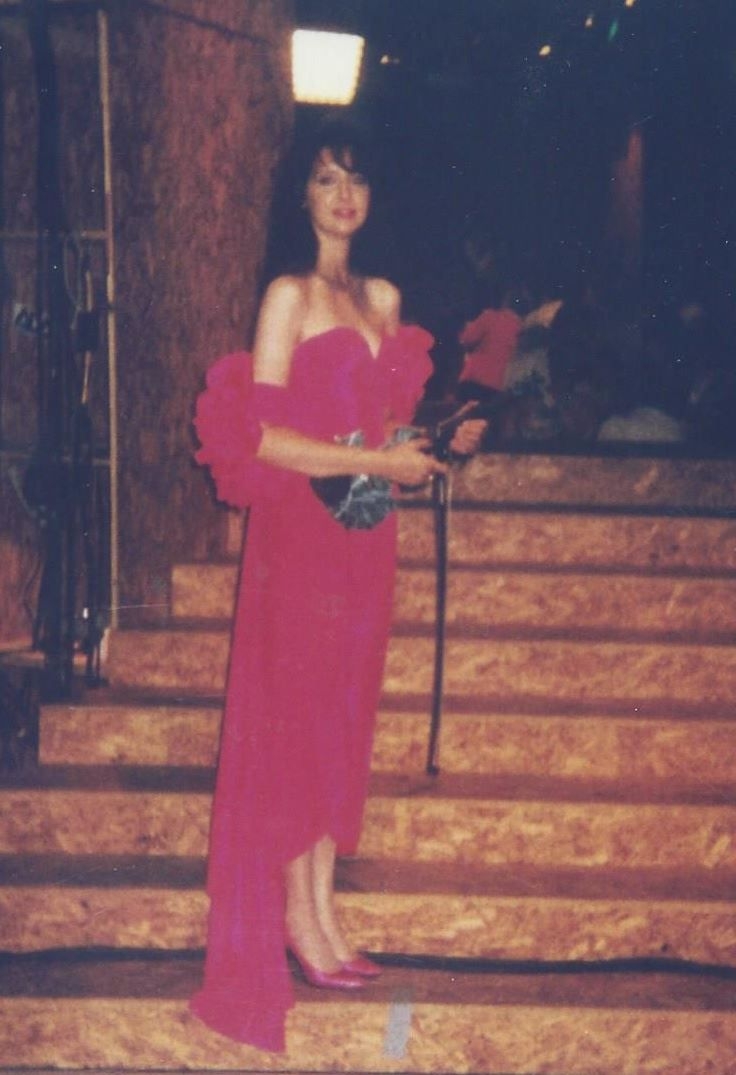 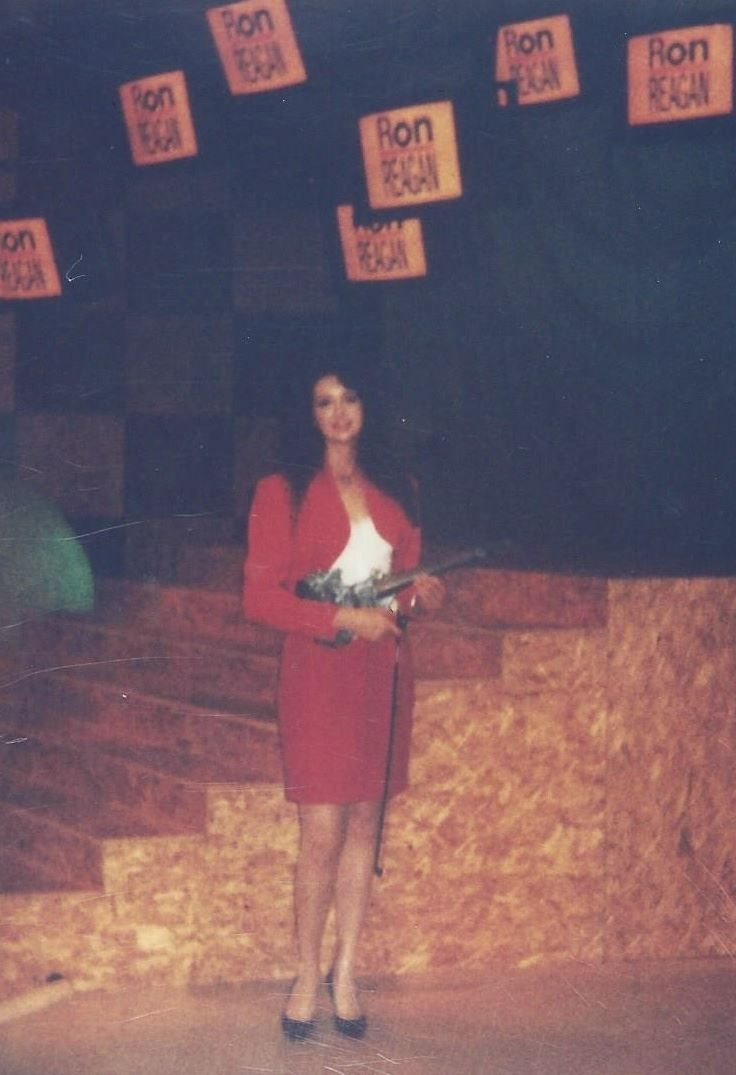 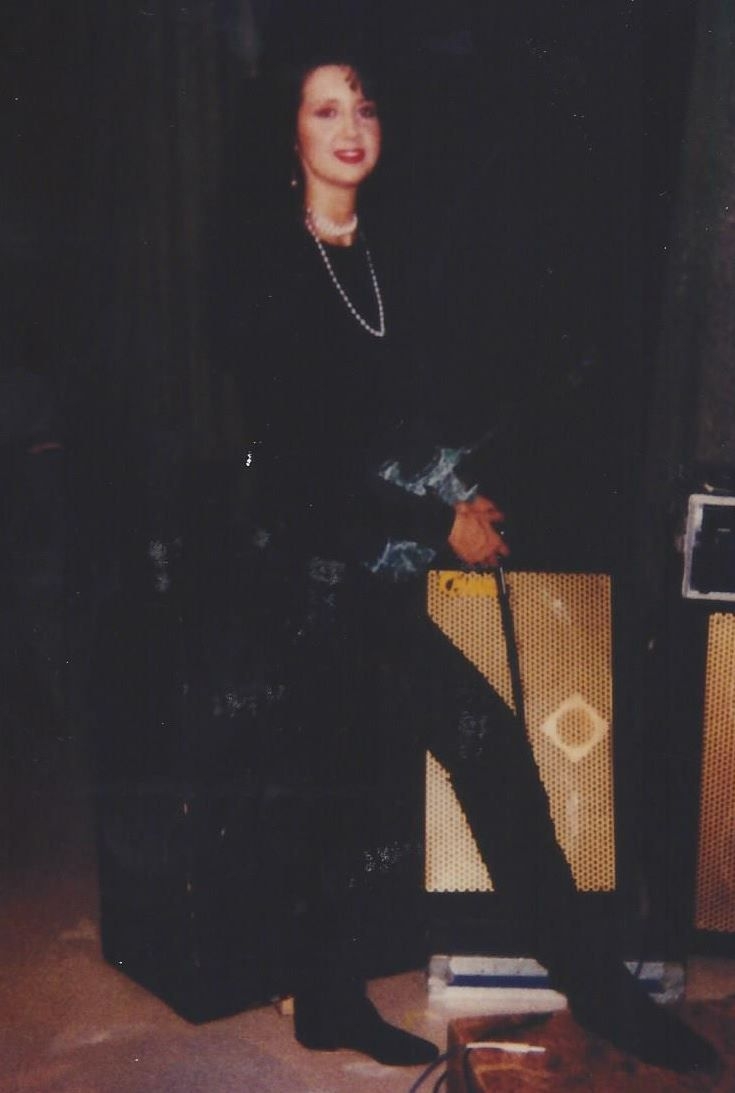 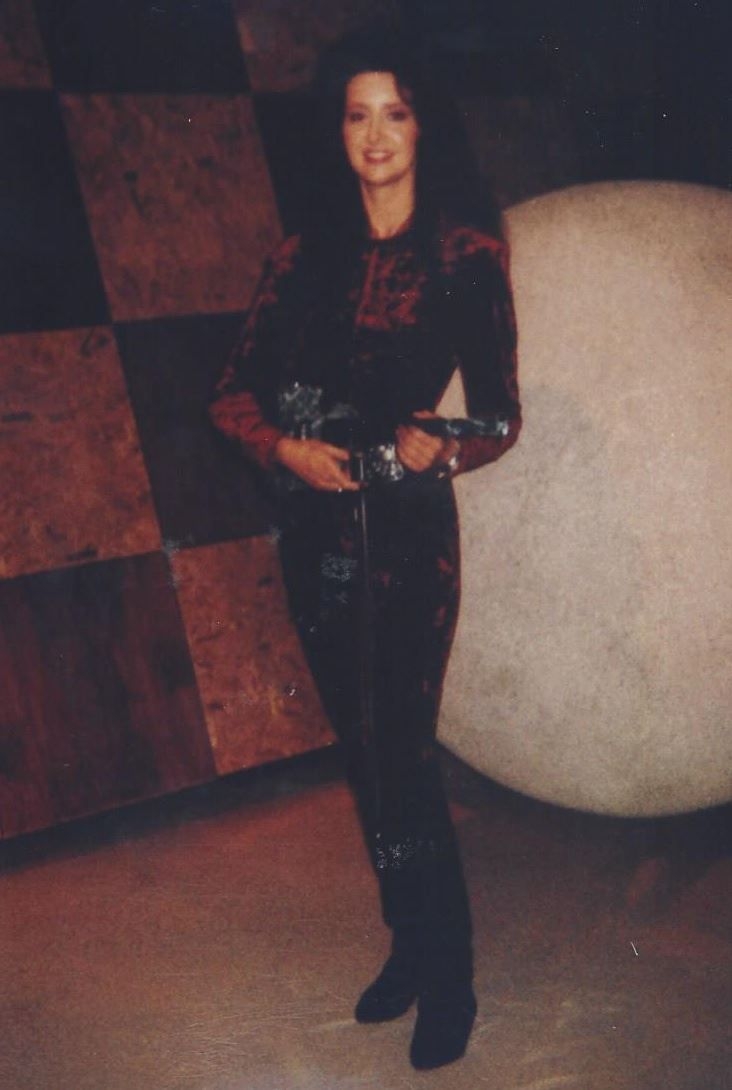 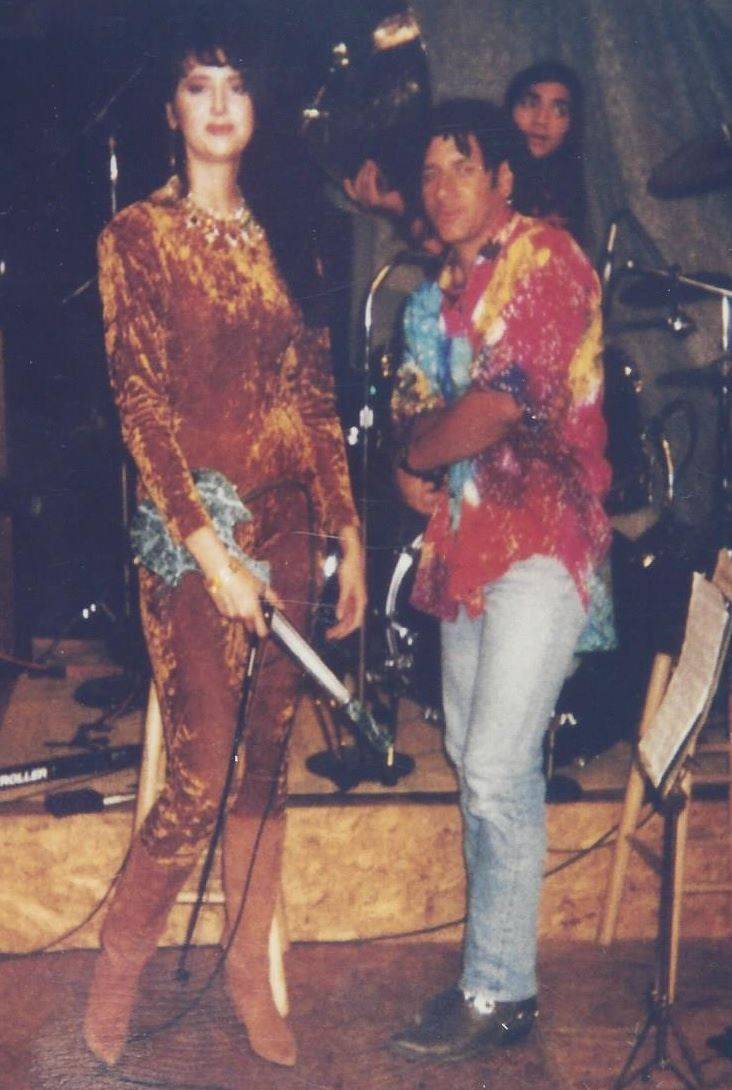 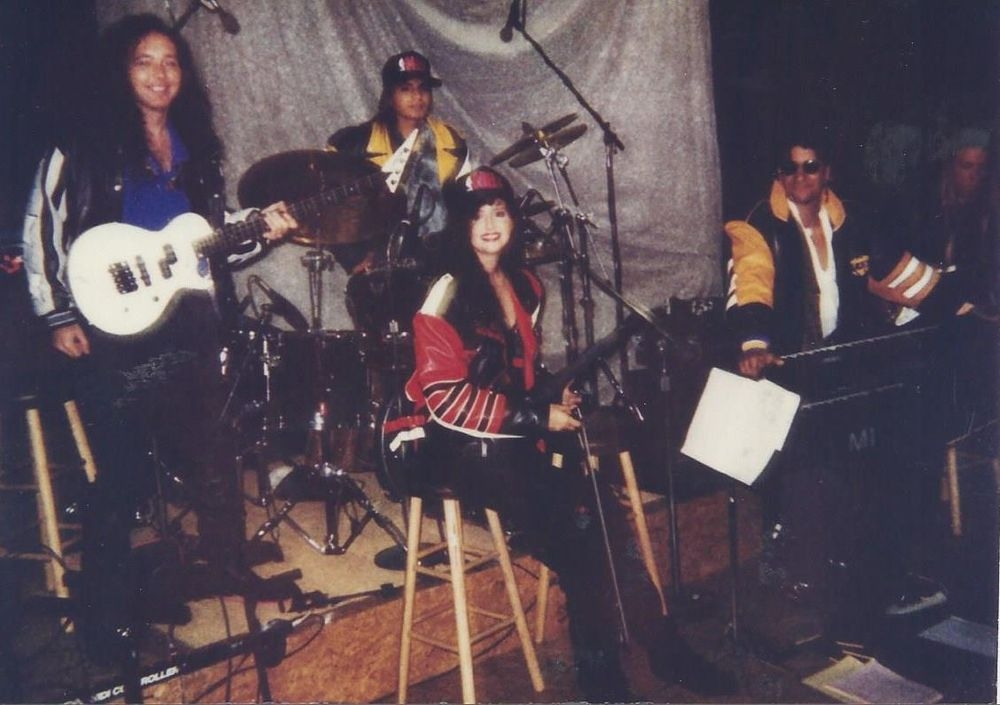 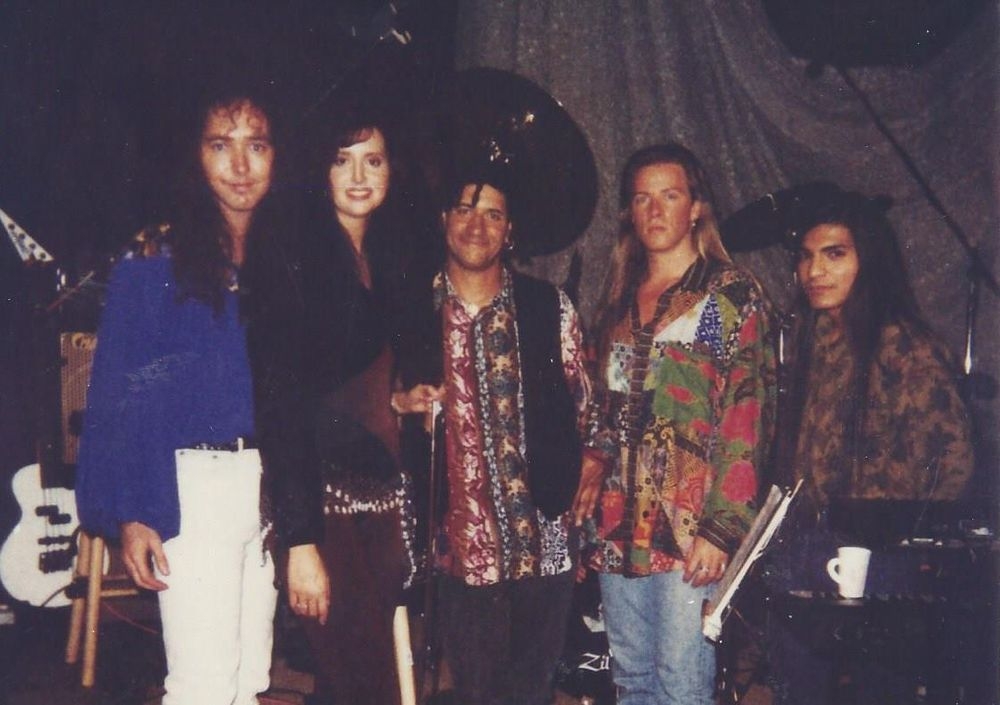 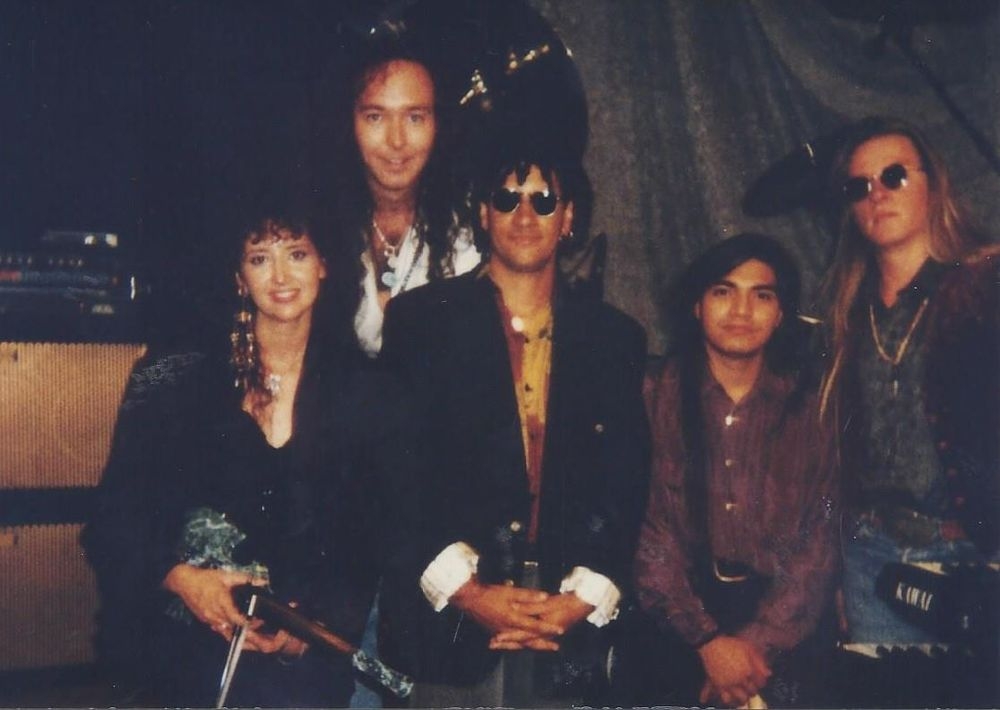 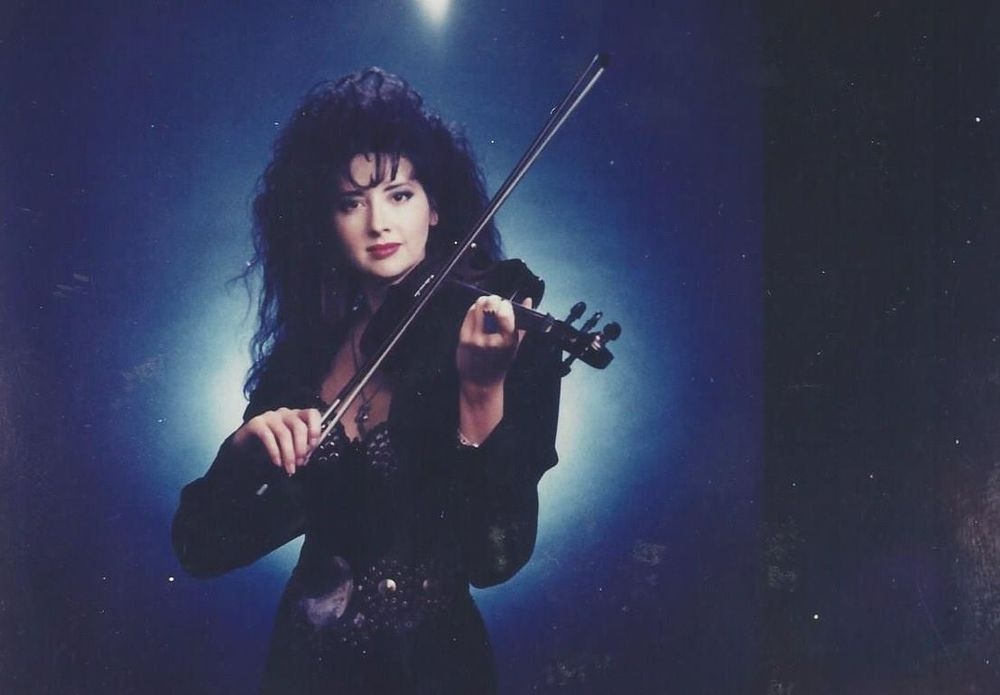 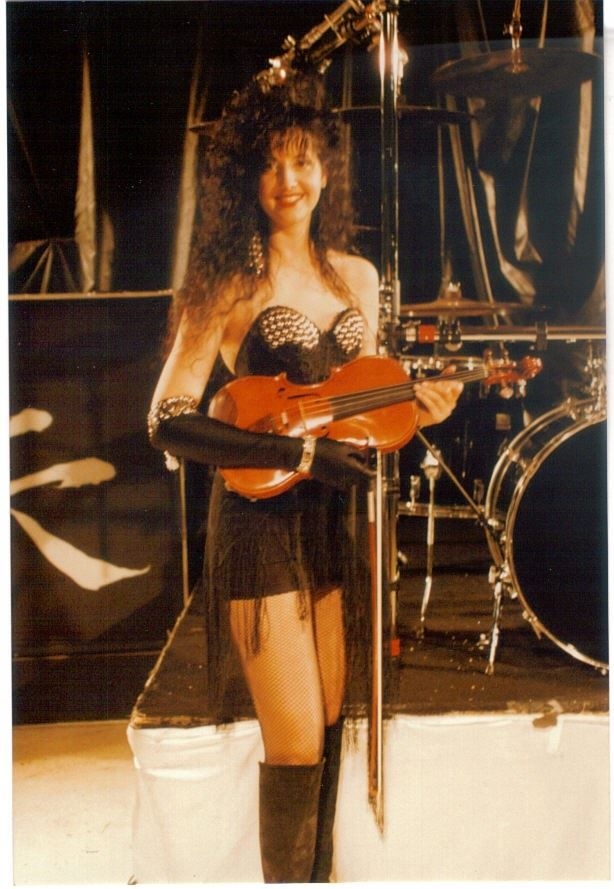 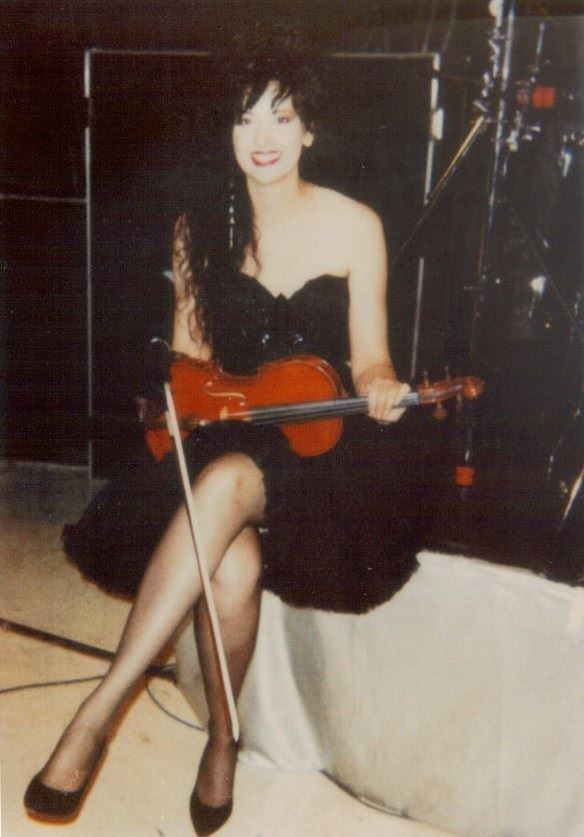 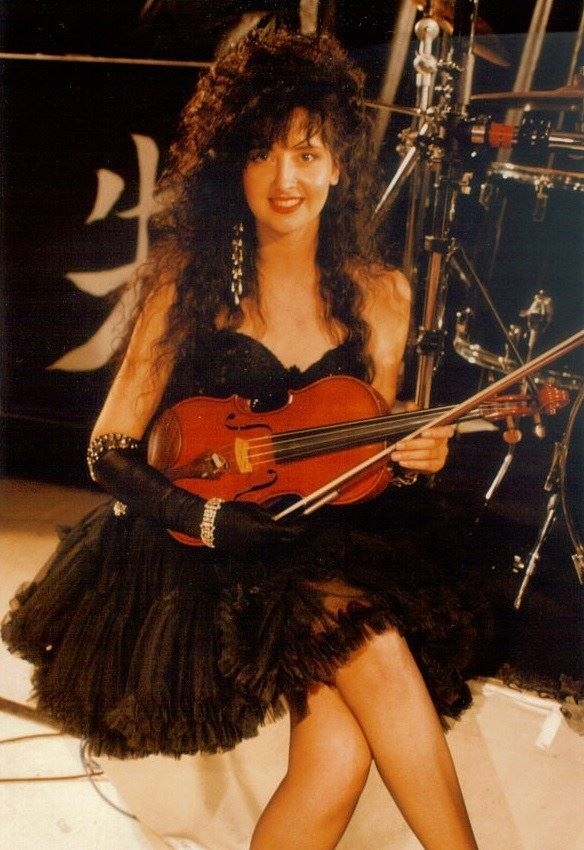 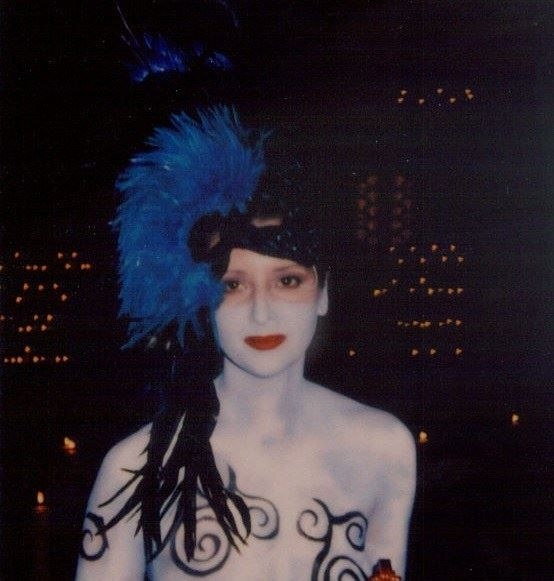 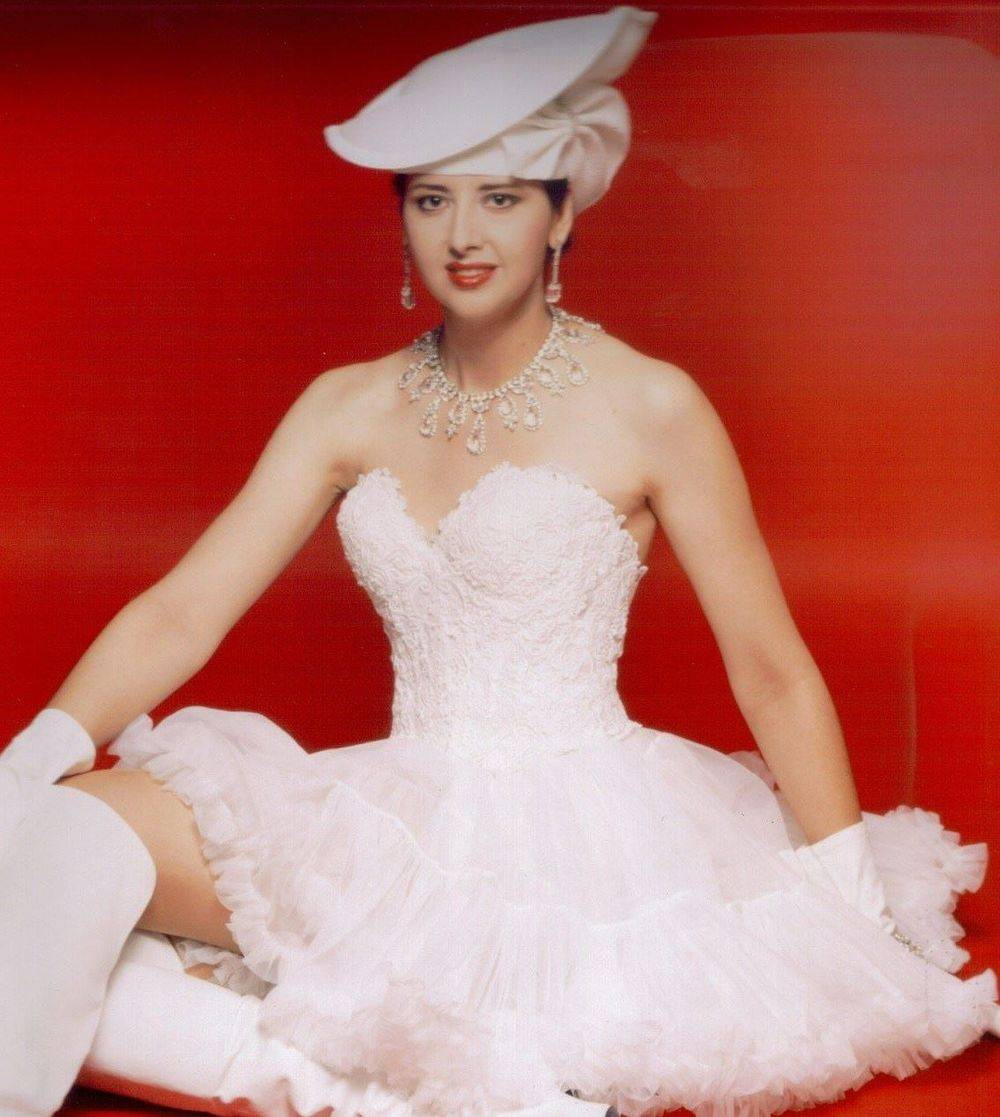 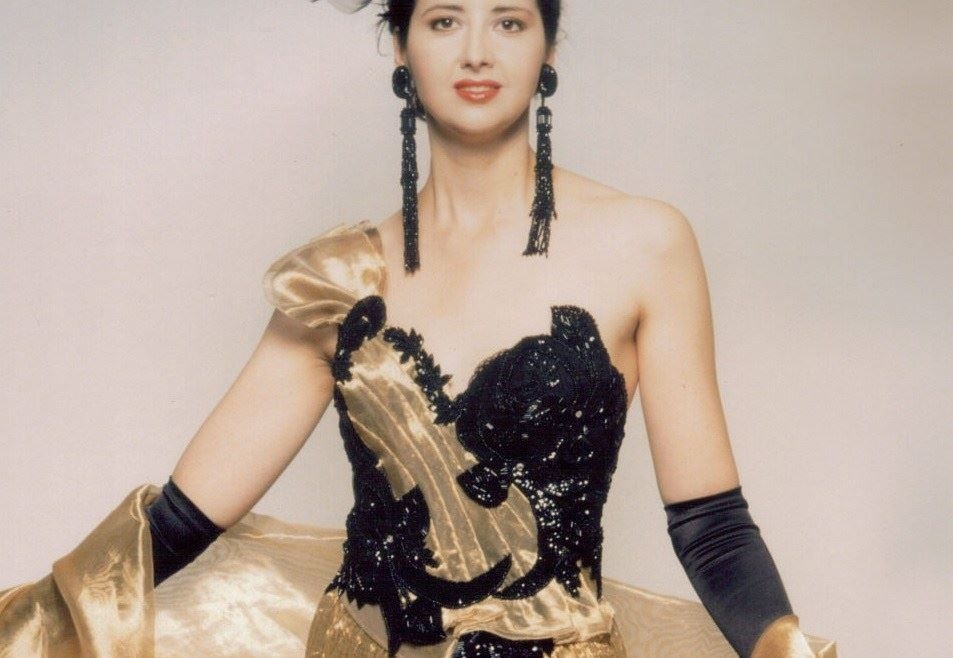 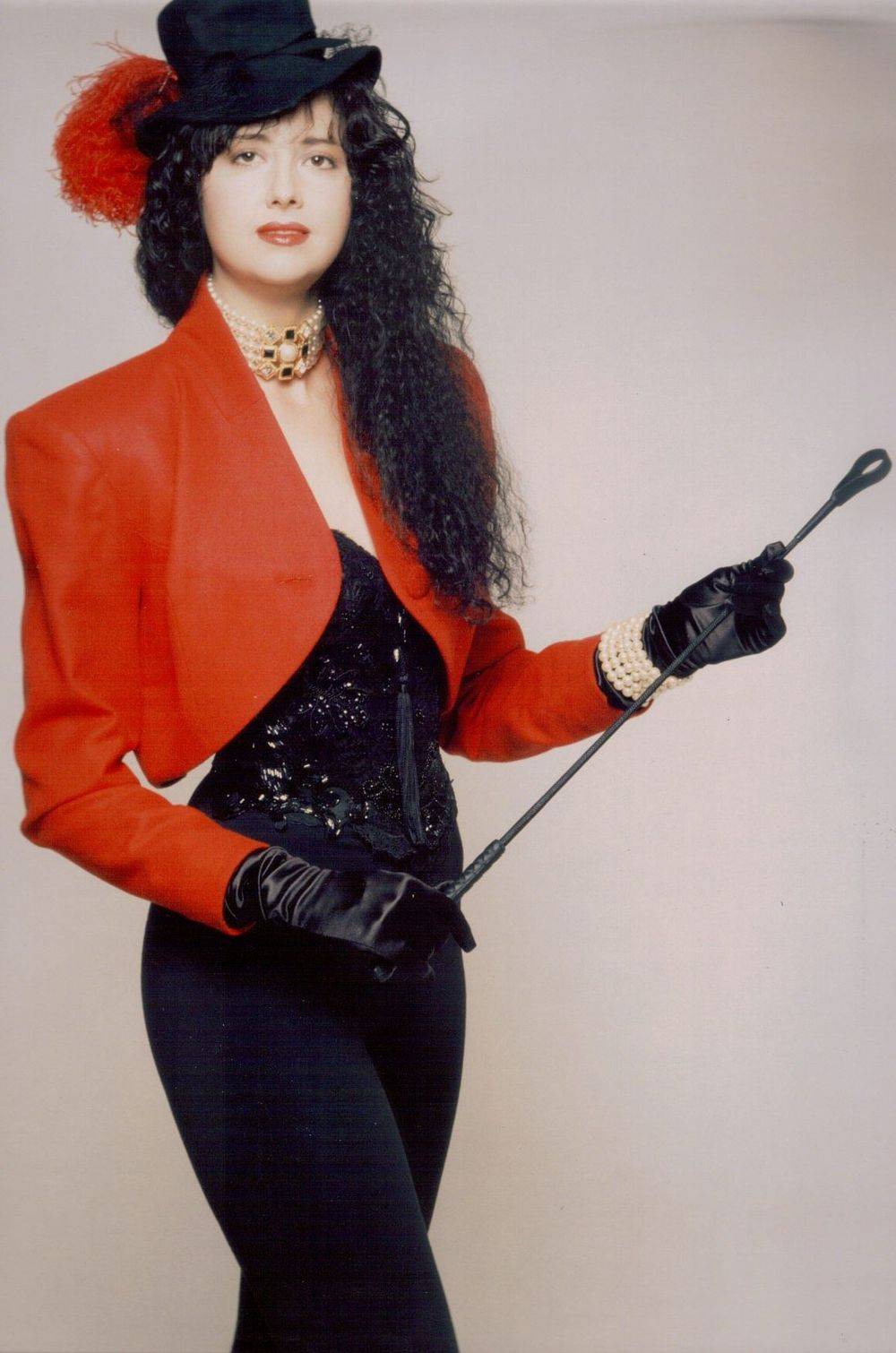 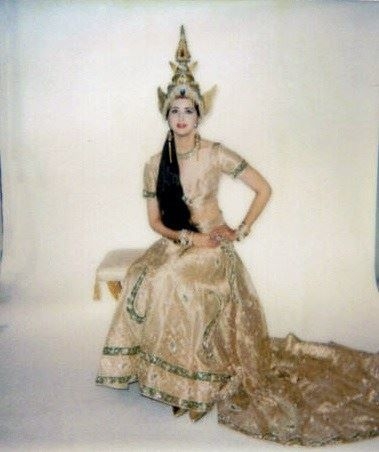 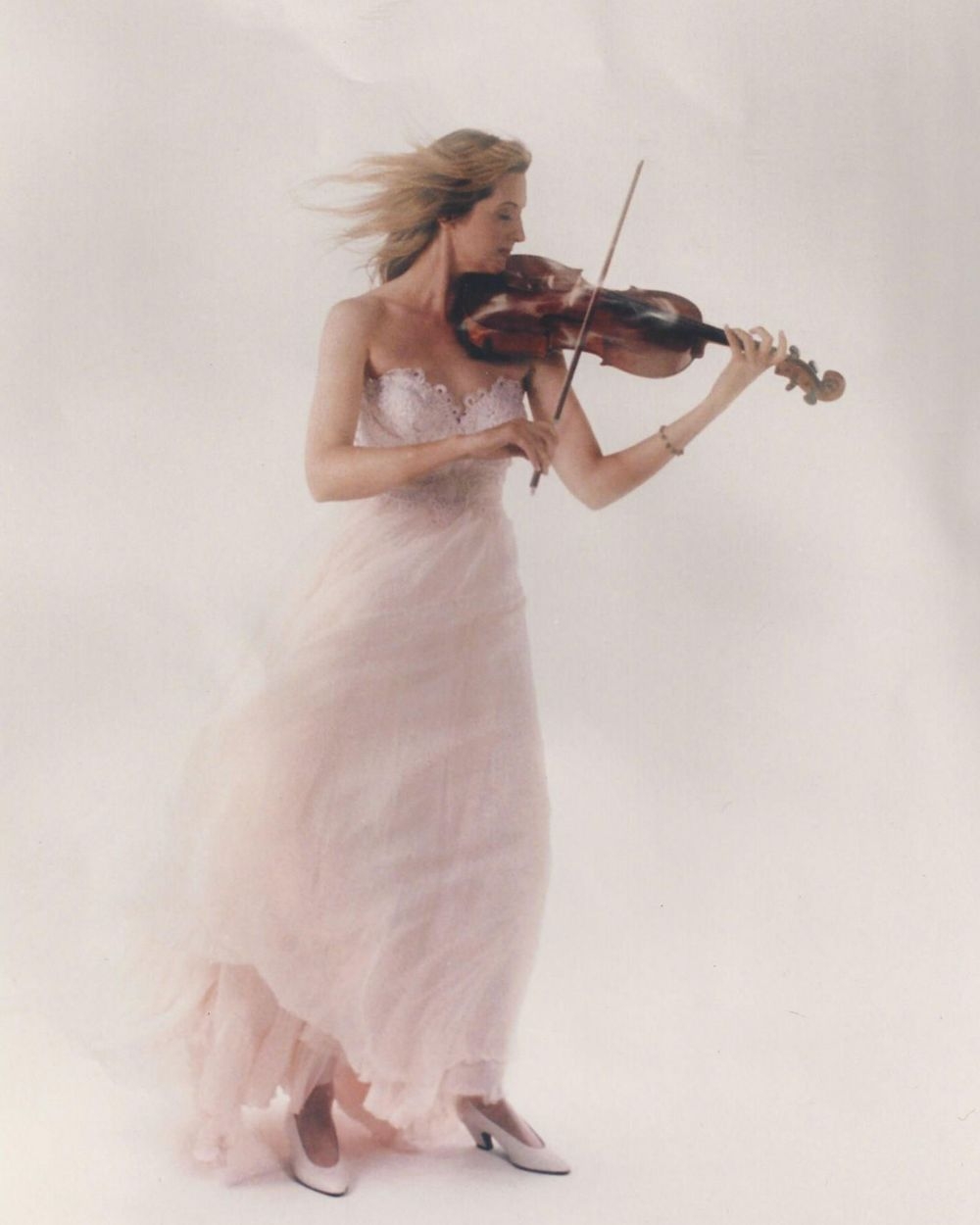